Due to certain circumstances (fuel system fires), since 2007/2008 BMW has been rebuilding low-pressure fuel lines. There were some problems with the fuel filter heater.
Let's analyse the situation and the problem with BMW fuel filter heater. In the face of some problems that occurred with BMW models manufactured in earlier years, BMW changed some elements of the low-pressure fuel supply system. The design of the fuel heater in the version for diesel engines (DDE electronics) was changed. So far, the system with an autonomous fuel heater was used, which had an integrated fuel temperature sensor and fuel pressure sensor. It is the so-called 4-pin heater, which has four electrical outlets (connectors).
Currently produced BMW fuel heaters have separate heater and sensors (pressure and temperature). This is the so-called 3-pin heater. In addition, these two fuel heater subsystems are not electrically or logistically compatible with each other. 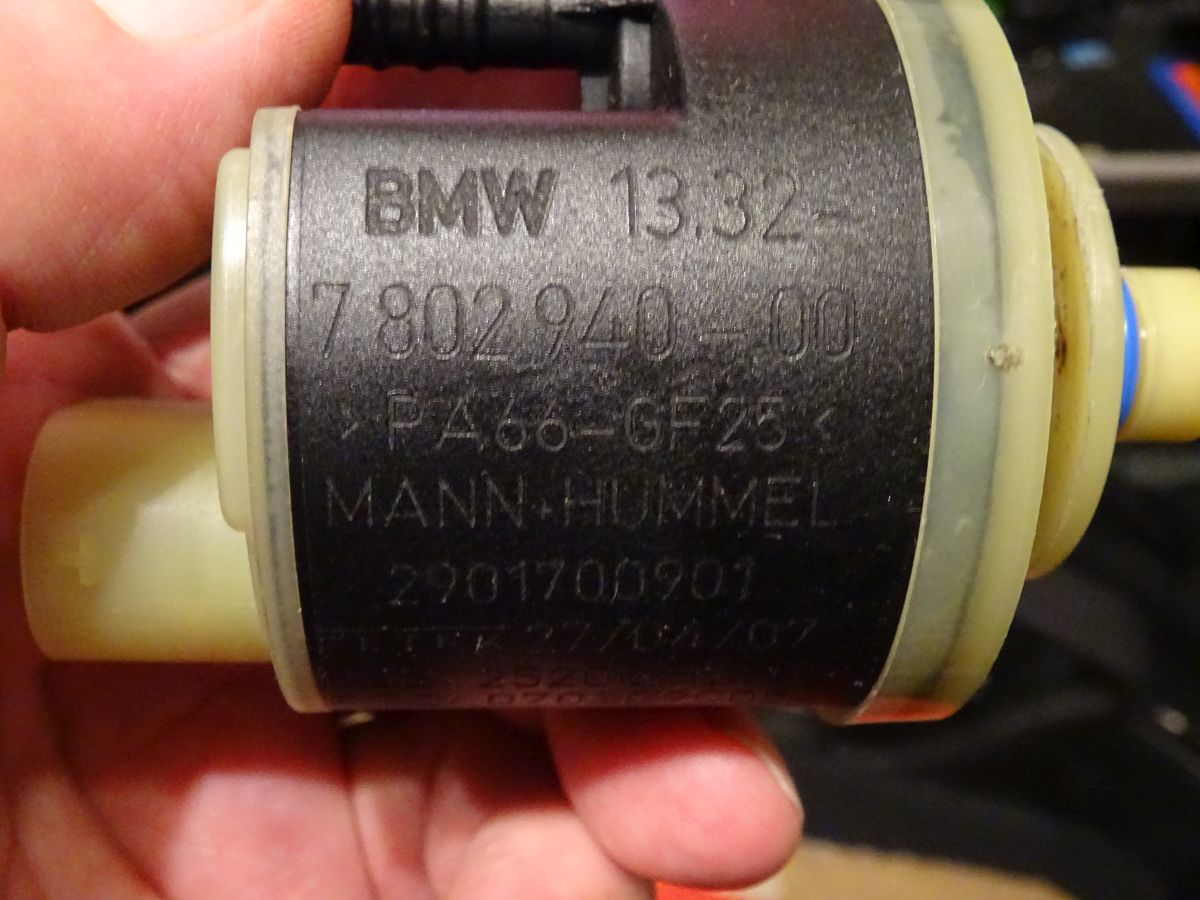 Unfortunately, and due to BMW policy, some original components and spare parts are no longer manufactured. It was possible to buy them until stocks run out. One of these elements is the BMW fuel heater.
This element has integrated electronics, temperature and pressure sensors and 4 heating elements and is not serviceable. This is not a good situation for many owners of BMW cars.

Let's analyze the electrical schematics for both cases of the fuel heater: 4-pin and 3-pin heater. 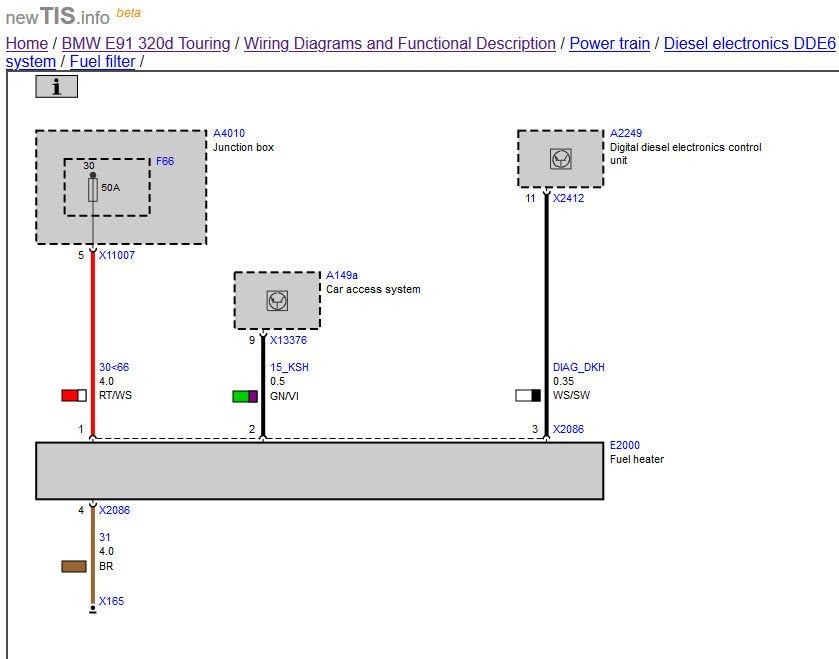 The fuel heater is switched on in the case of:

The fuel heater is switched off again in the case of: 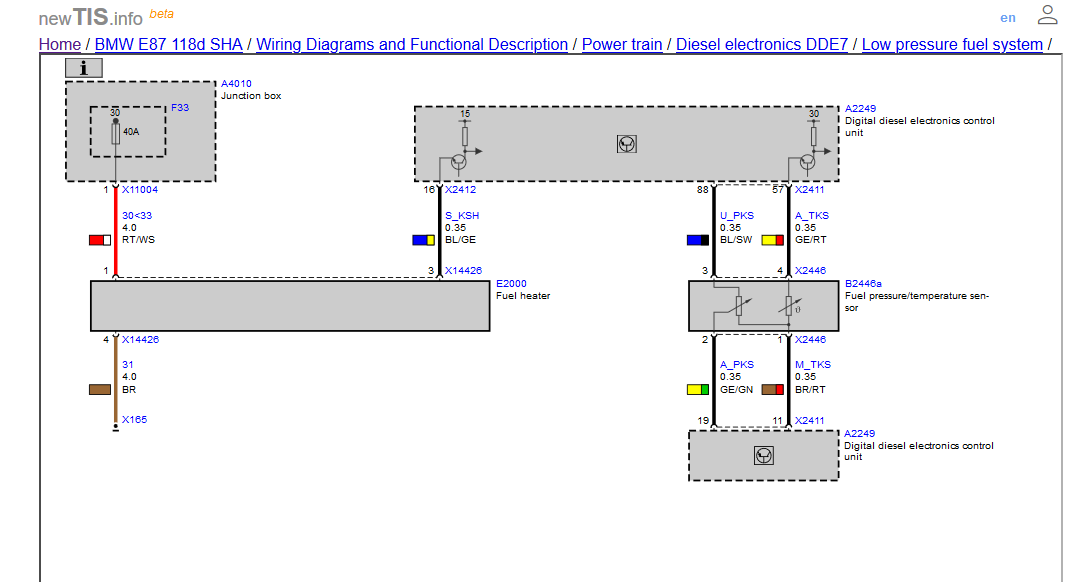 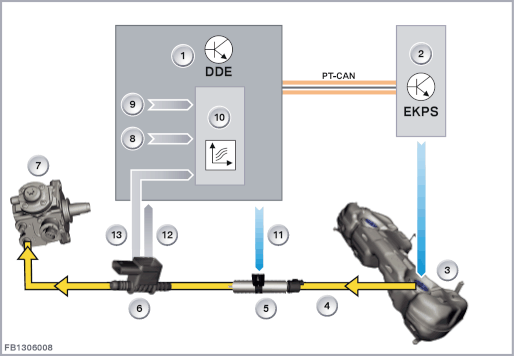 The fuel supply in the N47 and N57 is ensured by a pressure-controlled system.

The input variables relevant to determining the control variable are:

The electric fuel pump is activated by the fuel pump control module with a voltage of 6.5 - 15 V.

The electric fuel filter heating is integrated in the fuel filter and activated by the DDE control unit.

The fuel filter heating is switched on when:

Control of the fuel presupply pressure is monitored by the DDE. Faults which arise as a result of control deviations are stored in the DDE fault memory.